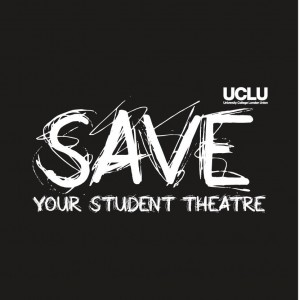 Save your student theatre

During my time at UCL as an undergraduate, I was lucky enough to be involved with a fine bunch of people; the UCLU Stage Crew society. These ladies and gents use their spare time to help other students put on shows; musicals, dramas, fashion shows, jazz concerts, opera, bongos(!). You name it, they’ve assisted with it.

They also run a small ~70 seater theatre on the ground floor of the one of the college buildings, the UCLU Garage Theatre Workshop. And by run, I mean everything from the year’s budget to keeping the backstage toilet clean and functional. It sounds like great fun, and it was, but now this is under threat from UCL.

The college, somewhat reasonably, would like to renovate the space. However they are refusing to replace what they are taking with an alternative space.

I think this would be a great shame, because as well as being immense fun, I think the theatre is a very valuable asset to the university and student body. I can say with certainty that I would not be the person am I today, in the position that I am in,  had that theatre not existed. And I can point to dozens, if not hundreds, who could say the same.

A few benefits are obvious: having a place to perform, try out small-scale projects and get your work seen by an audience without using the college’s larger (and more expensive) Bloomsbury Theatre is a benefit in its own right. But actually, aside from the considerable artistic merit and cultural benefit, working on a theatre project gives students the opportunity to learn many skills that are missed by an academic education.

On a personal level, I believe I developed many skills whilst working in the Garage:

These are some of my personal and less obvious ways I think a student theatre helps develop the skills and further the education of the student body. There are probably many others that I’ve missed. But I do think that a university should encourage students to gain all of these skills and that being involved in the Garage is brilliant way to do that.

The facebook page is doing a good job of collating videos and pictures of the Garage in action and I hope they can put together a persuasive case to the College and also persuade UCLU to give the campaign their full support. It has already gone out in the all student email, so I am hopeful that the union will be able to lobby the College too. 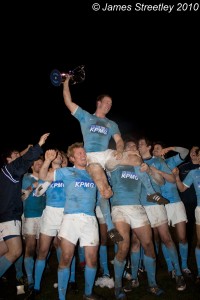 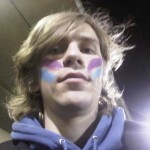 I wasn’t going to blog about the fact the UCU have balloted members for strike action at UCL, but then I saw this Facebook group and couldn’t restrain the urge to comment and publicise the issue.

Normally I am staunchly against strike action, taking the capitalist viewpoint that companies exist to make money and should do whatever is permissible by law to make that happen with regards to staffing. This is definitely my thoughts on the current British Airways strike, especially as I am due to be inconvenienced by them. However, in an academic context, things are slightly different; the goal is not to make money but to educate. To me this significantly blurs the distinction between condemning and condoning strike action, for to me it seems only right for people to stand up and fight for a high quality of education; something that is not (and should not) be part of the free market.

The issue gets complicated further by the timing of the potential strikes. Calling action in the 3rd term at a university is grossly disruptive of exams and students. This is immensely worrying for those involved who may have future job offers, course offers and careers resting on the exam and more importantly the timely resolution of their grade.

I sincerely hope that UCU didn’t have a huge amount of choice of when to call the strike, given the obvious effects it would have for their students, but I am worried by one sentence on the UCL UCU website which says:

it could also include refusal to mark and submit examinations results

Now I know the point of the strike is to be as disruptive as possible, but there must be other ways that don’t effects students so strongly. Going out there with such a controversial statement sure undermines their message of “fighting for education”, especially when UCU really needs student support to continue the fight against cuts.

In short, I’m not really sure what I think of this potential strike action, which is massive departure from my normal politics. One thing is for sure, it will be a very interesting term ahead. Leave a comment and tell me your views, or even try and persuade me to one side or the other. 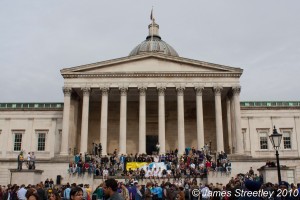 I’d love to write a long critique of the media coverage of this terrorist attack on a Detroit-bound flight from Amsterdam on Christmas Day, but alas, I think it would probably take me the rest of the day and I have an essay to work on. Instead, some short thoughts will have to suffice.

Understandably, the British media are focussing on the perpetrator’s time in the UK, in London to be precise and the changes Britain is making to its airport security. What I don’t understand is the efforts of some (the Telegraph, basically) to appear to lay the blame squarely at UCL’s door.

This shown best in this Telegraph article. At the time of writing, some of the later comments have the right idea, but the article appears to suggest that UCL should monitor the activities of those that attend it. At first pass, that sort of seems reasonable, drawing parallels with a school or other welfare oriented organisation. And then you realise (or don’t in the case of the Telegraph), that isn’t the purpose of Universities. They exist to teach adults advanced concepts without the nannying or fussing of a school.

This sentiment is put perfectly by a comment by Ross Anderson on the above article:

we have neither the skills nor the management structures needed [for monitoring students]. Monitoring troublemakers is the special branch’s job (whatever it’s called this week) just as putting out fires is the fire brigade’s job.

This something I totally agree with: why isn’t more blame (or at least scrutiny) being given to both our security services and there American counterparts. I’ve travelled the US recently and they ask for a lot of data before you even get to the airport, so it does beg the question: what are they doing with that information?

Other recent Telegraph articles inciting a backlash against universities are here and here. The first one, and perhaps the most outrageous; accusing UCL of being “complicit” in the attacks is here.

Malcolm Grant, President and Provost of UCL had his say in the THE, a brilliant article which I wish more people would read.

Still trying to sort through the photos that I have taken since buying the 450D.

I think I have what might loosely be called “assignments” coming up which will be exciting, covering UCLU doing the Superhunt and then the Mandy Walker Games.

At some point in the near future I must set up a Flickr account and start sharing some of these photos. Hopefully after my weekend of shooting!